The Mad King had come into power in quite a farcical manner.

He was not royalty; not a royal subject, nor relation. He was not of a lineage to rule over the land. The only claim to heir that he could make was to be that of Dr. Crookenspiel’s Traveling Medicine Show; his father before him had amassed a fortune in promising poor “marks” miraculous cures for what ailed them. This financed what he truly desired to be: a land baron. After making his money off the backs of these people, he began to build “affordable cottages” on land he bought for a song. He would rent these cottages to those unwitting victims of his fake elixirs, promising them in his smooth, conversational way, “warm, cozy nights” and a small tract of land with each for them to plant a “fruitful” garden in. What he did not tell them was that he had used the cheapest materials imaginable to build these cottages, and that they were drafty, the roofs leaked, and vermin could easily invade. The soil for the gardens was made up of clay and rock, and little could grow. He charged them extra for passage across his land to the stream that flowed nearby, so that fresh water had to be collected in rain barrels – which he also collected an extra charge for, since he alone provided the barrels.

Every year, the rent seemed to rise, but when you’re poor, with no claim to your own land, something is better than nothing, even if your children have runny noses and chilblains and your front is warmed by the fire even as your backside has goosebumps from the draft.

When Fred Crookenspiel had children of his own, he instilled in them a sense of overblown entitlement, even though he himself had grown up in a dirt floor shack, the son of immigrants who had fled religious persecution in their own land. He whitewashed over the petty details, and his children grew up spoiled, and loud, and filled with bullish tendencies. His second oldest son – The Mad King – was the worst of the lot. In those days, narcissistic personality disorder only existed in examples, and The Mad King was afflicted with this in spades.

While his brothers and one sister were, in fact, awful humans, they never rose to the level of despicable rogue that he did. He was a bully from day one who cared not for school, or hard work, or anyone but himself. He was only kind when he could be rewarded, or when he could wrestle the reward away. He cried the loudest, shouted the most profane blasphemies, and could not tell the truth about anything to save his life. It was often ruefully said, amongst his peers, “If Aul’ Fred’s kid says the sky is blue, I’ll go have a look for m’self.”

He did, however, understand his father’s business model, and swore to build a bigger, and better empire. He declared himself, and his family, to be tycoons of the highest repute, and could often be found in the most popular taverns and homes, holding court, so to speak. He would travel to other kingdoms under the guise of “making deals” but often left before his debts could be paid. “Holding court” with the wealthy wasn’t the kind of court he felt he aspired to, and his criticisms were often directed at the current king or about rulers in other lands. He had an opinion about everything, whether asked for it or not.

Throughout the years, he gambled heavily and bought into risky business ventures. He often lost the riches he invested, because despite understanding his father’s ways, he himself was not a very good businessman at all. His need for bigger and better consumed him, and and although he would praise his father for his “modest” successes, in private he raged with all the greediness of his 6 year-old self. He wanted all the cookies, Mummy – not just one or two.

When he began to muse, “I should be king,” people laughed into their pints. Sure, he seemed to be rich, if all that gold decor he surrounded himself with

and all those furs his wives and daughters wore was any indication; but surely he wasn’t smart enough to become king?

“I’m speaking with myself, number one, because I have a very good brain and I’ve said a lot of things… I know what I’m doing and I listen to a lot of people, I talk to a lot of people and at the appropriate time I’ll tell you who the people are. But I speak to a lot of people. My primary consultant is myself, and I have, you know, I have a good instinct for this stuff,” he would assure those who doubted his ability to become ruler of the kingdom. “Plus, I’m like really smart.”

Over the years, the kingdom went through many transformations: there was a king who led the country into war and quadrupled the country’s debt. A great many soldiers lost their lives, throwing families into chaos and poverty. The people began to complain amongst themselves, wanting change. They were tired of being poor, and being oppressed because they were poor, or had sought freedom from oppression in other countries, only to be dragged down by the crushing weight of racism and prejudice that prevailed throughout the warmonger king’s rule. “We need HOPE,” they cried. And so the country was thrown into a revolution, and for 8 years, a benevolent king had ruled.

However, it was hard for the benevolent king, because while his supporters were many, his enemies had money, and power. The rich in the land saw him as a threat, because he was asking them to pay their fair share and to help their fellow man. One of his enemies was Aul’ Fred’s son, who raged that this usurper must be stopped. “Why, he isn’t even one of us,” he would claim, to anyone listening. “He was born in Africa!” At this point, Fred’s son was knee-deep in murky, financial waters, having needed to travel to mysterious, far-away lands to beg and barter in order to save face. As has been stressed before, he was not very smart, and didn’t care that, in asking oligarchs in far-away lands to bankroll his lifestyle, he was actually giving them the power to control his own country. As long as he looked good, and could still claim to be the biggest and the best mostest, they could do whatever they wanted.

Which was music to their ears. 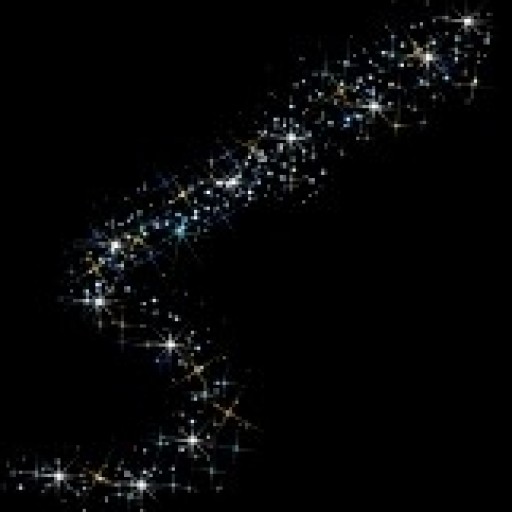 Georgia and Stanley
Inside The Voyage
Steff's Journey
Sassy Sunshine